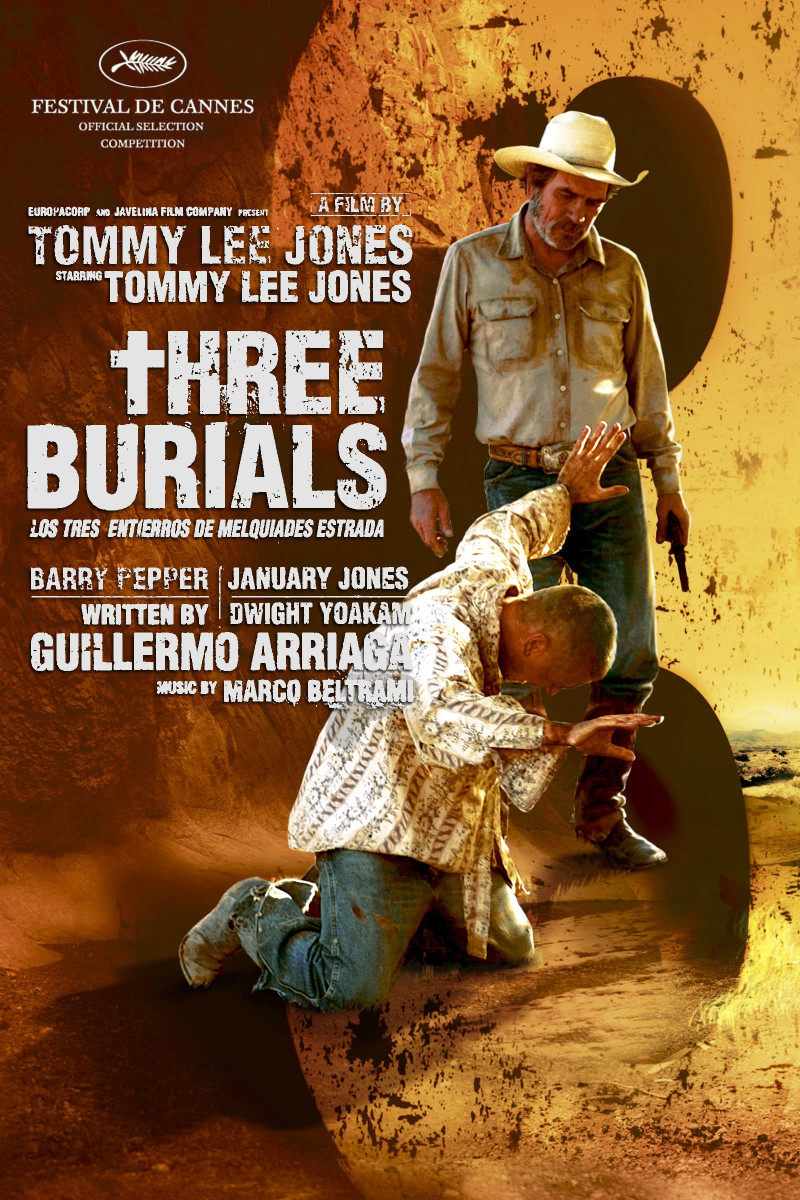 WRITING (Guillermo Arriaga): This story has unique plot elements. The whole chapter device is a fun way to break down the story, but it goes on for way too long. When Pete was just bringing Mike to Jimenez, there is just too much empty space that drones on and on. And then it kept going back to that one cop and Rachel who served no purpose to the story in that part and were just used to help transition from one time to another because they needed to cut away. Dialogue is also very strange for most characters. Pete’s character feels like he was written to be an audition for Tommy Lee Jones in ‘No Country for Old Men’. His arc also makes no sense. Was he crazy? Was he suffering from dimentia? None of his character made sense. Some characters were well-written, though. Mike, for instance, is a racist asshole who develops some kind of stockholm syndrome towards the end. But most of this film is just nonsense. 3/10

PERFORMANCES (Tommy Lee Jones): The actors did a fine job. Tommy Lee Jones was trying to give it his all, given that he was the director. And Barry Piper, along with January Jones, did fantastic. If anything this was just a performance piece for the cast. 10/10

CINEMATOGRAPHY (Chris Menges): The shots in this movie looked stunning. There were some incredible shots in the desert during Pete’s travel. The cinematography wasn’t used creatively, though. It seems Menges was just there for a paycheck at the end of the day. 7/10

EDITING (Roberto Silvi): I hated that the editor used such dumb slo-mo shots toward the end. They were pointless and only made that scene look dumb. And the color grading of the diner was stupidly blue for no reason. It looked cheesy and ridiculous. The cutting, though, was fine. I didn’t mind how shots were cut up and it flowed smoothly besides what was written in the script. 4/10

VISUAL EFFECTS (BUF): The effects in this film looked great. I didn’t even notice there was any, which is the perfect sign of excellent VFX. 10/10

ENJOYMENT: I was invested in the story, I can’t lie, but I was mostly confused. Also, the film went on for too long and I was just bored towards the end. 5/10

MUSICAL SCORE (Marco Beltrami): The original score for this film feels so familiar and I can’t put my finger on it. Beltrami probably reused some of his music for Logan, but it’s so good that I can’t complain. The pre-existing music used was fine, no real complaints. It didn’t elevate the scenes, but it was just fine. 8/10

SOUND (Mark Weingarten): The sound in this movie was fine for the most part. There were a few sound effects, such as the lever action on Melquiades’ gun, that were overused in film and could have used rerecording. But the mixing and overall sound design were great. 8/10

PRODUCTION DESIGN (Merideth Boswell): The costume design of this film was great, along with the special effects used to make Melquiades’ dead body. The prop design was well-done, as well. However, the set design lacked some creative vision. Sets felt empty and lacking anything substantial to give them more life. 7/10

OVERALL: ‘The Three Burials of Melquiades Estrada’ feels like nothing more than Tommy Lee Jones’ audition for ‘No Country for Old Men’. It lacks a story with depth and needed to be chopped. It also fell apart in many technical departments which were either just fine or hindered the film. But, at least the performances were all solid as hell and it looked mostly great.